Would you like to discover traditionals meals from Kazakstan? I will be happy to make it. I come from this nomadic biggest country in Central Asia. 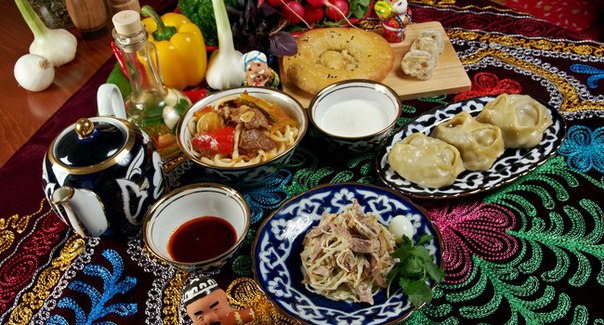 Kazakhstan cuisine includes not only traditional national Kazakhstan dishes but the best dishes of Uzbek, Russian, Tatar, Korean and other cookeries. That’s why Kazakh cuisine saving its national characteristic features has some international features. 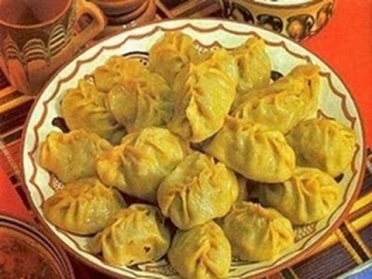 1.In this picture you see our “dimplings”. We call them “Manti”The dumplings typically consist of a spiced meat mixture, usually lamb or ground beef in a dough wrapper, and either boiled or steamed. The most widely held theory of its origins is that migrating Turkic-speaking people brought the mantu dough with them to Anatolia, where it evolved into the Turkish manti. Some variations may be traced back to the Uyghur people of northwest China. When the Tatars settled into the Kayseri region of modern day Turkey, the area became known for it manti.[10] The dish may have originated in the territories of Mongol Empire.[11][12] While the etymological link between man tou and mantı is debated, there is agreement that the recipe was carried across Central Asia along the Silk Road to Anatolia by Turkic and Mongol peoples.

2. In the picture below you see a Kazakh Plov.

In Central Asia there is very popular. Pilaf is a dish in which rice is cooked in a seasoned broth. In some cases, the rice may attain its brown or golden color by first being sauteed lightly in oil before the addition of broth. Cooked onion, other vegetables, as well as a mix of spices, may be added. Depending on the local cuisine, it may also contain meat, fish, vegetables, pasta, and dried fruit. In the picture below you see a Kazakh Plov.

3. The main traditional Kazak meal is Beshparmak. The term Beshbarmak means “five fingers”, because nomads used to eat this dish with their hands. The boiled meat is finely chopped with knives, mixed with boiled noodles, and spiced with onion sauce. It is usually served in a big round dish. 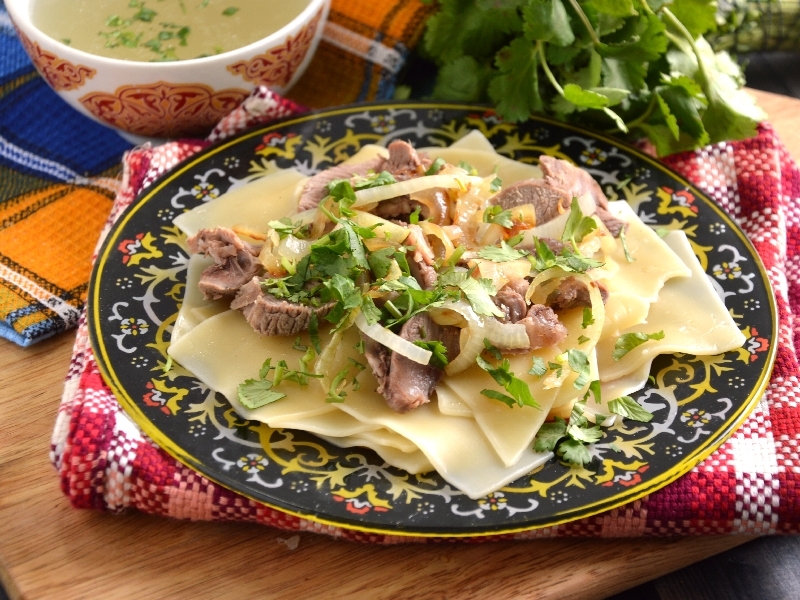 3. One more meal is very popular in whole Central Asia.

It`s called “Kuurdak” and is usually made from mutton, fat and onion, it can be made using beef or any other kind of meat except pork. In Kazakh cuisine kuurdak is made from sheep’s liver, kidney, heart and lungs. Meat in various forms has always been the primary ingredient of Kazakh cuisine, and traditional Kazakh cooking is based on boiling. Horse and mutton are the most popular forms of meat and are most often served in large uncut pieces, which have been boiled. Kazakhs cared especially for horses which they intended to slaughter—keeping them separate from other animals and feeding them so much that they often became so fat they had difficulty moving.

4. Chak- chak is a kazak popular dessert. Chak – chak is made from unleavened dough cut and rolled into hazelnut-sized balls, which are then deep-fried in oil.

Optionally hazelnuts or dried fruits are added to the mixture. The fried balls are stacked in a mound in a special mold and drenched with hot honey. After cooling and hardening, çäkçäk may be optionally decorated with hazelnuts and dried fruits.